Employment contracts can also be concluded temporary by law. However, these fixed term contracts are not always lawful.

Remember: the period within which action must be brought is short!

For this reason, you need to act fast if your employment contract is nearing its end.

If you want to bring action against dismissal from the employment contract, it is only possible by filing a suit with the labor court at the latest three weeks after the deadline. The fixed-term employment contract is considered to be lawful if no action is received by the labour court within this period. If the employer does not extend the term of the contract, you should consult a lawyer as soon as possible.

For this reason, I’m generally available within a day of your call. Click here for more information on my fees for an initial consultation. I will gladly represent you and your case in the labor courts of the City of Berlin and the State of Brandenburg.

These proceedings often result in the employee agreeing to a settlement, where he/she receives a severance package.

Employers are only permitted to offer an employment fixed-term contract without further justification for periods of two years or less. The employer is not required to state a reason why the employment contract has a fixed term.

However, employers are required to adhere to a few minor aspects. The fixed term contract must be agreed in writing. It can only be extended three times for a maximum total period of two years. Further, there cannot be a case of previous employment either. If the employer does not adhere to these points, the fixed term on the contract is not lawful. In these cases, the employee can bring a suit to have the time limitation for the employment contract removed.

Employers need to provide a valid reason that they can justify according to the Part-time Work and Limited Term Employment Act in Germany if employment contracts are limited to a term longer than two years.

One example could be the temporary need of a business for a project. Another example is when employees are taking parental leave or have an illness that lasts a longer than expected period. Public contractors can agree on fixed term contracts for budgetary reasons.

However, the labor courts can review the contract’s term to determine whether it was warranted or not. The criteria that are often applied are very strict. In this context, employers have to justify in retrospect why they were entitled to limit the contract’s term at the date when the employment contract was concluded. Many times, employers have a difficult time with this because much time has passed.

It means that when an employee brings a suit against a fixed term contract with justification, there is usually a good chance of a successful judgment.

All universities in Greater Berlin take advantage of the fact that they can conclude fixed-term contracts for academic settings. The provisions stated in the Act on Temporary Employment in Higher Education in Germany prevail. The fixed terms established in employment contracts are not lawful if this act is neglected. Employees can bring suit to have the time limitation for the employment contract removed. 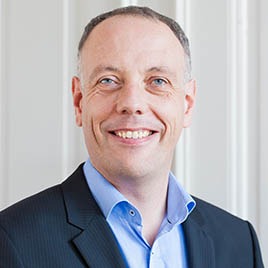